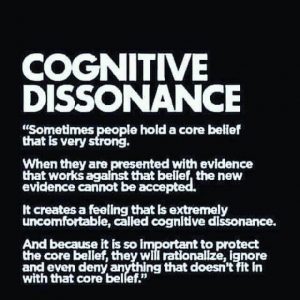 (MATTHEW 13:52) The Lord Jesus said to them, “Therefore every teacher of the law who has been instructed about the kingdom of heaven is like the owner of a house who brings out his storeroom new treasure as well as old.”

What does the Lord mean by this statement? This is what “COGNITIVE DISSONANCE” is and how to resolve it. When presented by new wine, one should empty himself with what doctrines he had been thought with. It may be old or new. That means to be open minded. Even if one is a teacher of the law.

ALL ESTABLISH DENOMINATIONS CLAIMED TO BE THE ORIGINAL.

● THE BAPTIST CHURCH claimed that they were the original base from the Bible and from church history. Beginning from John the Baptist. There was nothing wrong with that but when the church embraced the doctrine of John Calvin, “ONCE SAVE ALWAYS SAVE”. When they are presented with evidence that works against that belief, the new evidence cannot be accepted.

Baptists say that our past present and future sins are already forgiven even if we keep on committing sin. Because we are only saved by grace. But Paul guided by the Holy Spirit wrote: (ROMANS 6:1-2) “What shall we say, then? Shall we go on sinning so that grace may increase? By no means! We are those who have died to sin; how can we live in it any longer?”

THERE ARE TWO GROUPS OF CONVERTS:
[1.] Names written in heaven are the chosen ones. (LUKE 10:17-20), “The seventy returned with joy, saying, “Lord, even the demons are subject to us in your Name.” And He said to them, “I was watching Satan fall from heaven like lightning. Behold, I have given you authority to tread upon serpents and scorpions, and over all the power of the enemy, and nothing shall injure you. Nevertheless do not rejoice in this, that the spirits are subject to you, but rejoice that your names are RECORDED IN HEAVEN.”
[2.] Names written in the book of life are the called ones. (PHILIPPIANS 4:2-3) “I urge Euodia and I urge Syntyche to live in harmony in the Lord. Indeed, true comrade, I ask you also to help these women who have shared my struggle in the cause of the gospel, together with Clement also, and the rest of my fellow workers, whose NAMES ARE IN THE BOOK OF LIFE.”
I personally believe in predestination because the Bible in (EPHESIANS 1:5) says “He predestined us to adoption as sons through Jesus Christ to Himself, according to the kind intention of His will.” God is God He can do whatever He wants in choosing. Who can dictate God? God does the choosing.

(JOHN 15:16) Jesus said to His disciples, “You did not choose me, but I chose you.” (JOHN 6:44) Again He said, “No one can come to me, unless the Father who sent me draws him…” Yes it is God who chooses. He has all the power to choose, who can complain? No one. There are those whom God did not choose but if anyone will come to Jesus, the Lord will not cast him out. (JOHN 6:37) “All that the Father gives me shall come to me and that anyone who comes to me I will certainly not cast out.”

Those whose names written in the book of life, Jesus has the power to erase your name if you abuse God’s grace. (REVELATION 3:5) “The one who is victorious will, like them, be dressed in white. I will never blot out the name of that person from the book of life, but will acknowledge that name before my Father and his angels.” “ONCE SAVED ALWAYS SAVED” is dangerous doctrine.

● THE PENTECOSTALS claimed to the original from the Book of Acts in the day of Pentecost but the problem is that most of them become fanatics. When they are presented with evidence that works against that belief, the new evidence cannot be accepted.

When Missionaries reached India the Converts mixed pagan practices of kundalini. In Africa, the converts mixed voodoos and incorporate it with biblical verses.
Charismatic’s agenda is inducting youth through the emotionalism of repetitive, hypnotic “worship” music, which has since morphed into the “Jesus Culture Movement”, a rapidly rising youth movement spreading the NAR agenda like wildfire across the globe. Getting kids “high” on the music, telling them it’s the Holy Ghost moving, and then they move in for the kill; running the kids in lines through “fire tunnels” during intermission, laying hands on them, and imparting the “KUNDALINI” Serpent Spirit…where they often fall down, twitch, convulse, oftentimes as if burning in agony, ALL in the name of “JESUS”, calling it “HOLY GHOST FIRE”, yelling commands to the Holy Ghost, “MORE! MORE! MORE LORD!!!…DOUBLE IT!! DOUBLE IT!!” etc.

“CALLING DOWN FIRE” in the name of “Jesus”. Which is also precisely what we are warned will be one of the great deceptions of the Beast…calling down fire from heaven…aka; false signs and lying wonders (REVELATION 13:13), which Jesus Himself said would be a deception SO POWERFUL, that if it were possible, would deceive even the very elect.

If two baptisms, then various meanings have been suggested for the second BAPTISM, by FIRE – including trial and testing of disciples, or the destruction by Christ of his enemies. … 3:11 (where a distinction is to be made between the BAPTISM of the Holy Spirit at Pentecost and the FIRE of Divine retribution.

DEMONS HAVE INVADED CHURCHES TODAY. ONLY VERY FEW CAN BE SAVED.

● THE CATHOLIC The first who proclaimed to be the original Church was the ROMAN CATHOLIC who proclaimed Peter was the first pope and Mary was crowned and lifted up to heaven. All these are the working of Satan. When they are presented with evidence that works against that belief, the new evidence cannot be accepted. “COGNITIVE DISSONANCE”

WHAT IS THE SIGNIFICANCE OF BAPTISM?

What Happened If Our Life Is Void Of The Holy Spirit

The Full Armor Of God 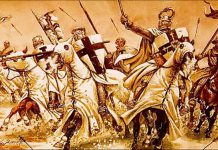 Crusade And The Crusaders

The Coming Of The AntiChrist

The Word Of God

ABOUT US
First I would like to express my great gratitude to God our Father and the Lord Jesus Christ for the privilege of preaching His Word. For me this is a huge endeavor and without God’s grace I cannot do it. (Continue Reading)
FOLLOW US
© Copyright 2011 - Uncompromising Sermons By Bobby Cabonce | All Rights Reserved - www.thereisnoothername.com